Maharashtra is an Indian state located in central western coast of India. It’s bordered by the states of Gujarat and the union territory of Dadra and Nagar Haveli to the northwest, Madhya Pradesh to its northeast, Chhattisgarh to its east, Karnataka to its south, Andhra Pradesh to its southeast, Goa to its southwest and the Arabian Sea directly west. The state contains more than nine percent of India’s total population with 112,372,972 inhabitants; it is India’s second most populated state, just behind Uttar Pradesh. It also covers more than 118,816 square miles, meaning it covers almost ten percent of India geographically. The capital of the state is the famous Mumbai or Bombay, which is credited by some, and disputed by others, as the unofficial headquarters for the Bollywood films. The official language of the state is Marathi.

Recorded ancient culture and history of Maharashtra begins in 246 BC when the ruling Mauryan emperor Asoka created an embassy in the region and written documentation indicates the region contained three states and abut 99,000 villages in the year of 580 AD. During India's medieval history, in the early part of the 14th century, a dynasty called the Yadava dynasty ruled the area, but was overthrown by a Delhi Sultanate named Ala-ud-din Khalji.

Another ruler named Muhammad bin Tughluq ruled regions of the Deccan and moved his ruling capital from Delhi to Maharashtra, but his empire collapsed in 1347 and the Bahmani Sultanate of Gulbarga took over rule. Bahmani ruled for 150 years and his empire shattered in 1518; at this time the state was split into sections that were ruled by five different Sultans. These kingdoms mostly battled one-another, but were able to unite and defeat the Vijayanagara Empire of southern India in 1565. Also present day Mumbai was ruled by the Sultanate of Gujarat before the region was captured by Portugal in 1535.

Early in the 17th century, during India's modern history era, a Sultan general named Shahaji Bhosale tried to take power. He was unsuccessful, but paved the way for his son, Shivaji Bhosale, to create the Maratha Empire, which grew to enormous power through consecutive ruling Prime Ministers. The empire was defeated by the Afghan leader Ahmad Shah Abdali in the Third Battle of Panipat, in 1761, and the empire broke into smaller regional kingdoms. Later, the Anglo-Maratha wars of 1777 through 1818 led to the annexation of the Marathan territories by the British East India Company in 1819. 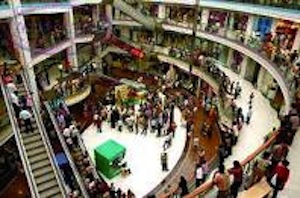 As modern India history carried on, the British ruled India, but allowed kings to rule princely states, but ultimately, these were under British control. In the beginning of the 20th century, India struggled for its independence from Britain and both violent and non-violent campaigns to overthrow British rule. In 1942, the Quit India Movement was called by Gandhi which was marked by a non-violent civil disobedience movement and strikes in the region.

Once India gained its independence in 1947, the region’s princely states became the Union of India. Maharashtra and all the Deccan Plateau states were combined into the Bombay State, but in 1956, the States Reorganisation Act divided state lines linguistically, which did not go well. On 1 May 1960, following mass protests for the creation of a separate Marathi-speaking state, the Bombay State was split into the states of Maharashtra and Gujarat.

The region the state lies in is an area known as the Western Ghats. It’s a hilly region that runs parallel to the coast at about 4,000 ft in elevation; Maharashtra’s highest point is called Kalsubai. Just to the east of the Ghats lies the Deccan Plateau. The Western Ghats create one of India’s three watersheds. The Godavari River, and Krishna, which flow eastward into the Bay of Bengal form one of the greatest river basins in all of India! The state has many national parks and several animal sanctuaries, where rare and protected species of animals, like the Melghat Tiger are protected and admired.

In the 1970‘s, policy changes caused Maharashtra to become more appealing to corporate businesses and it became India’s most industrial state. More than forty percent of the S&P CNX 500 companies have a presence in Maharashtra. The state’s economy is strong, with a gross domestic product for 2011 was $224.12 billion, while its debt is estimated at about $41.7 billion. In the first quarter of 2012, the state reported a surplus of $30.42 million. In 2012, the state reported a revenue surplus of $30.42 million, with a total revenue of $27.27 billion. 64.14% of the people residing in the state are employed in agriculture.

In addition to being the state’s capital, Mumbai is also the financial capital of the state; it’s the headquarters for all of India’s major banks, financial institutions and insurance companies. The Bombay Stock Exchange is also located in the city. This state has software hubs in Pune, Mumbai, Navi Mumbai, Aurangabad, Nagpur and Nashik and its Chhatrapati Shivaji International Airport is the busiest airport in South Asia.

Maharashtrians are proud of their history, especialy the Maratha Empire. About sixty percent of the Maharashtrians are Hindu. The other prominent religions practiced in Maharashtra are Islam, Christianity, and Buddhism. There are a lot of gorgeous temples to visit in Maharashtra; some are hundreds of years old and all were designed in different architectural styles, influenced by both Northern and Southern India.

The temples also blend themes from Hindu, Buddhist and Jain cultures. The Ajanta and Ellora caves near Aurangabad as well as Elephanta Caves near Mumbai are UNESCO World Heritage Sites and famous tourist attractions too. Mughal architecture can be seen is the tomb of the wife of Aurangzeb called Bibi Ka Maqbara located at Aurangabad. In short, Maharashtra is a must see tourist destination.

Leave Maharashtra to explore the other states and union territories of India.

Check out these helpful travel tips!