India today is a country full of lively people that share an exciting and beautiful culture. When I say full of people, I mean full of people! An interesting fact about India is that it’s on-course to surpass China as the country with the world’s largest population in the next few years! Many Indian people of today have embraced western ideas and concepts as their own, however, most of India's cultural values remain in line with those originally developed during India’s ancient culture. So, India culture today is not too different from that of its past.

Beginning during its ancient history and spanning through its modern history, India has been a country where citizens could practice a religion of their choice in an accepting environment and where they would not be discriminated against. Religious freedom remains in place in India today and there are laws that prevent religious discrimination.

People’s rights in India are pretty well protected by the Indian Government, thanks to the work of people like Gandhi. Gandhi executed multiple passive resistance campaigns in order to obtain equality amongst the Indian people, to diminish India’s caste system and to help India gain independence from Great Britain. Gandhi even helped to design several phases of the Indian Flag to make sure the current design was representative of the countries diverse population.

India today has a growing economy; this is in part because the middle class is growing, which means they have more buying power. In addition, major Indian businesses like Tata Motors are growing in size, which means more jobs are being created to help fuel growth continued growth in the nation! 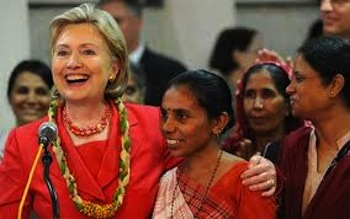 India's Hindi-language film industry, better known as Bollywood, is a great source jobs and pride for the nation. This Hollywood of India is primarily based in Mumbai (formerly Bombay), but has no actual address. Bollywood turns out hundreds of movies each year making the western Hollywood look lazy. The reason I bring up India's Bollywood films is because they have a huge impact on the culture, appearance and style of the Indian people. Bollywood films include the latest dance moves, music, fashions, slang and control the op-culture of the nation. In addition, the actors are extremely popular and reveared, just as western actors are in the United States. 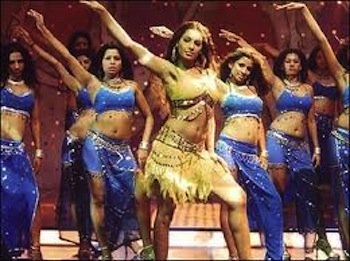 India’s own wonder of the world, the Taj Mahal, located in Rajasthan, India remains a top tourism destination site, but more and more people are visiting sites in different Indian states these days. States like Goa and Kerala, that boast beautiful stretches of coastline, are becoming increasingly popular and so are states such as Himachal Pradesh, that sport unique geographical features like the Himalayan Mountain Range. Basically, India today is a country in motion with a bright future that is moving in a positive direction!