Islam is second only to Hinduism as India's most followed religion. More than 160 million people in India follow this religion, which means more than 13% of India's entire population is Muslim. Muslims believe the purpose of existence is to worship God. They believe it's the true religion and it was revealed through a series of prophets, including Abraham, Moses and Jesus. Muslims believe previous messages and revelations have been altered or corrupted, but consider the Qur'an to be the unaltered and final revelation of God.

The religious concepts and practices of the faith include the five pillars, which are concepts and obligatory acts of worship, and also in following Islamic law. This spiritual law touches on virtually every aspect of life, providing guidance on everything from banking to welfare, and warfare and the environment.

In fact, the religion is so widely followed in India that there is a law called Muslim Personal Law, which overrules Indian Civil Law in matters pertaining to the marriage of Muslims. It also overrules Indian Civil Law in Muslim inheritance, and any land used for Muslim religious purposes. Indian courts have ruled that Muslim law, holds precedence for Muslims over Indian civil law. 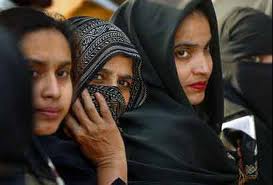 Muslim architecture came to India along with the religion. It has played a large role in the design of many famous pieces of Indian architecture; the most famous is the Taj Mahal, which is located in Agra, India, in the state of Rajasthan.

Some people believe that the religion came to India during the Muslim Invasion, which occurred in the Medieval period of India's history, but it arrived much earlier. Its teachings began in the early seventh century when Muslim traders brought it with them by boat to the shores of Kerala. Through social interaction with the Indian people, the Muslim population grew. Today the religion is practiced freely in India.

Return from Islam to discover other religions of India.

Return to our homepage to continue exploring India.