The modern India Government was originally formed through the Constitution of India. The Constitution was approved by India's law making officials, officially known as the Constituent Assembly, on November 26, 1949 and went into effect on January 21, 1950. The reason this important document was created such as short time ago, is because India was ruled by the British and British approved princely states for the time period prior to the constitution's creation. The government of India is officially known as the Union Government, but is also sometimes referred to as the Central Government as well. Whatever you call it; it is the powerful governing authority of the Indian union, which is made up of 28 states and seven union territories. Together, these states and union territories are known as the Republic of India.

The President selects a Prime Minister that he believes will be able to successfully lead the Lok Sabha, which is the Lower House of the People in India, representing the greater population. The person selected for this important role is usually the same person that leads India's majority party. This is one of the most powerful positions in the India Government. 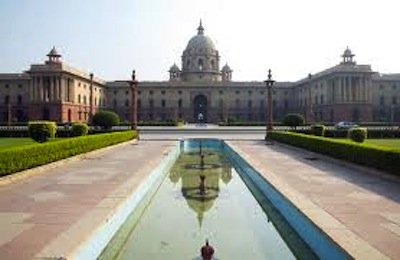 The Legislative branch, or Parliament, includes the lower house, called the Lok Sabha, and the upper house, called the Rajya Sabha. The president works with the house to make, change and enforce policies over the Republic of India. The Lower House and the Upper House are similar to the Congress and the Senate of the United States, as far as their role to the Republic of India.

The Judicial branch is lead by India's Supreme Court and it includes 21 High Courts, and numerous civil, criminal and family courts at the district level. The primary civil and criminal laws that govern India are written in the legislation of the Parliament. Indian Civil Procedure Code, Indian Penal Code, and the Criminal Procedure Code are examples of these. Each union and individual state government includes its own executive, legislative and judicial branches too. Thus, the India Government is duplicated on a more local level to the people who reside in each district of India.

India's legal system applies to both the federal and individual state governments. It's based on the English Common and Statutory Law, which was directly influenced through the British Occupation. India does accept International Court of Justice jurisdiction, with several reservations, and is now an independent nation. In recent years, India has bulked up its military weaponry and army to address China, who became its biggest threat in the region after tension between India and Pakistan recently died down.

This link will take you to the official website of the Indian Government.