Goa, India is a popular place to visit for the person who wants to see coastal parts of India, while staying in accomodations that are very comfortable for tourists. It's the smallest of the India states and is located in southwest region of India called Konkan. The state was established on May 30, 1987 and it is surrounded by Maharashtra to its north, Karnataka to its east and south, and the Arabian Sea to is its western border.

The state is ranked as one of the best providers of quality life for its people by the National Commission on Population. Penaji is the state's capital, while Vasco da Gama is the largest city. The city of Margao shows cultural evidence that the Portuguese inhabited the area.

Goa is known for its beaches, worldly architecture, and for being a biodiversity hotspot. Anthropologists believe the area was inhabited by humans between 6000 and 8000 BC. Proof was found in Mesolithic and Paleolithic engravings in rocks found near the Kushavati river bank and in stone axes, cones and petroglyphs that date back to 10000 BC. 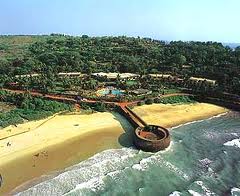 In 1312, the state was ruled by the Delhi Sultanate, but they surrendered power to the Vijayanagar Empire in 1371, who held it until 1469. The Brahmani Sultans of Gulbarga took over next. Once this dynasty fell apart, the Adil Sahns of Bijapur took over, until defeated by the Portuguese in 1510. This capital area is known as Velha.

Once India gained Independence from the British in 1947, the Portuguese refused to surrender the land to India. So, the Indian Army began Operation Vijay to take back this region. This resulted in the annexation of the region, which later became a state of India. On May 30, 1987, the Union Territory was split and it was made India's 25 state.

The climate here is humid, warm tropical monsoon climate, as it's located by the Arabian Sea. Rains begin in June and carry through September each year. You can enjoy 68 degrees as a low and about 80 degrees as a high in winter, which is like coastal southern California summer. 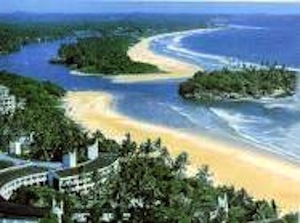 The economy is stronger here than in many India states. The GDP here is more than twice that of the national average; in 2007, it was valued at three billion dollars. The region has a fast growth rate and is fueled by tourism. More than twelve percent of all tourist of India visit here! The main tourist seasons here are summer and winter. Summer is the monsoon season and Winter is the season with the coolest weather, when Europeans come to visit and warm up.

The area away from the coast is rich with minerals which makes it great for mining. Agriculture is important, but its role is smaller here than in many other India states. The state is known for low prices on liquor, beer and wine because of a low excise duty on alcohol.

The official language in Goa is Konkani, but Marathi is also used, often in official government capacities.

Tourists come for the beaches and the resorts here primarily. In 2010, more than two million tourists came here, and more than half were from other countries. Goa also has several museums to visit, a science center and a number of religious temples and beautiful architecture, influenced by the Portuguese.

The people of Goa enjoy classical music and dance. They also enjoy theater and of course delicious Indian food! This state is known for a variety of unique fish dishes cooked in coconut, chili peppers, spices and vinegar. Egg, pork and chicken dishes are also quite common here. Goa is less vegetarian than many other Indian states, which can probably be attributed to the European influence over the region.

This state has a sort of a Europe meets India feel to it.

Leave Goa to visit the other states and union territories of India.

Here are some travel tips for visiting India.