Christianity in India is a Popular Religion

Christianity is India's third most popular religion; its followers account for more than twenty-three million people, or approximately two and a half percent of India's entire population.

Indian Christians believe Jesus taught his beliefs through his followers, who were called disciples, and that Jesus was eventually persecuted for his teachings through being crucified and buried. It is believed that Jesus then later rosefrom the dead and opened a passageway to his father's Kingdom of Heaven for all of his followers to live after their deaths. Followers believe Jesus died for their sins, and that through strong faith, they will be forgiven for their sins on Earth.

You may be curious as to how the Christian Religion reached India; there is an interesting and somewhat mysterious story behind that piece of India's History!

As the story goes, a man by the name of Saint Thomas arrived in Southwest India in 52 AD to tried and convert Jewish inhabitants to Christianity. As the unverifiable story goes, he opened seven churches in India and was successful at converting many people to his faith. There is a Syriac writing referred to as the "Acts of Thomas", that describes how his apostles were connected with two powerful kings in North and South India.

According to this uncertain religious history, a section of "Acts of Thomas" indicates that God convinced Saint Thomas to travel to North India to teach his religious beliefs to a King called Gondophares. As the story goes, his teachings spread through the whole kingdom. Later, Saint Thomas went on a second quest to convert the South Indian Kingdom of King Mahadwa, in which he was also successful. Eventually, this newer religion could be found in all regions of India. 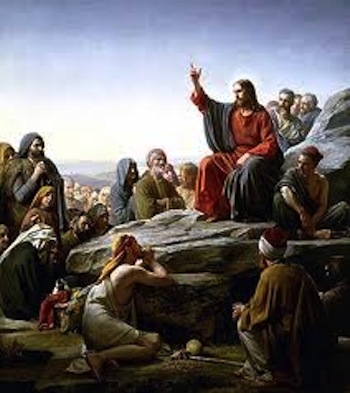 There are two different written stories about Jesus living in India. One, written by a Russian author named Nicolas Notovich. Notovich's writing suggests that Jesus studied in India from age twelve until he was thirty, and then left India. A second writer, named Mirza Gulam Ahmed, wrote that Jesus never actually died on the cross, but instead survived, staged a resurrection, and lived in India for the rest of his life. There is, of course, no proof that either of these visits to India actually occurred, and they are only considered to be mythical stories.

So, no one really knows the exact details of the religion's arrival in India, however, it is agreed that the Christian religion in India is about as old as the religion itself, and that it actually spread into India before it spread to most European of the European Countries.

Leave Christianity to explore the other India religions

Return to the Home Page