India history began more than 5,000 years ago with the start of human civilization. There is a lot to cover, but we have condensed the information into a relatively brief history of India. India In Your Home provides you with a brief history of India; this means we provide you with the important parts of ancient, medieval and modern history, as well as what it's like in India today. The first known Indian people made settlements along the Indus River in Northern India. These people and their developing cultures eventually spread south to southern India and continued the development of India history.

The history of India was uniquely molded through frequent interactions with migrating people, and through a diverse culture, which emerged through India geographically. India history is more than a series of events; it's a reflection of human history that carries with it a story of great people and an amazing culture!

We begin with Ancient India History. During this time, the Indus Valley Civilization emerged and shaped India forever. It included the known sites of Moheno-Daro, Harappa and Lothal. Not long after these cultures had taken foot, Aryans migrated into India and brought with them their influential ideas and beliefs of the Vedic Age. Hinduism was born during this era, which is why it is often referred to as the world's oldest living religion. 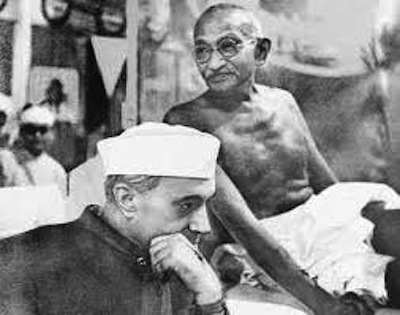 During the fifth century, a very brave soldier, named Ashoka, united large areas of India and became one of India's greatest rulers. He converted from Hinduism to Buddhism, and, in result, caused Buddhism to spread throughout India and other areas of Asia. This was the start of fragmented religions in India.

In the eighth century, India's medieval history began. This is when Islam arrived. By the eleventh century, the Islamic movement become a huge political power in India, especially in the states in northern regions. The North Indian Dynasties of the Lodhis, Tughlaqs and others were eventually overpowered by the emergence of a powerful empire known as the Mughal Empire. During the Mughal Empire's rule, India gained back an enormous amount of political unity.

In the seventeenth century, the Europeans arrived and their occupation began. This is the start of what is known as India's modern history. The Europeans weakened the Mughal Empire towards the end of the century and India began to establish individual princely states across the country.

This is the part of the history of India where India battled the British for power and the British were mostly victorious. Later, India held a rebellion from 1857 to 1858 in effort to restore Indian control of the country, but India was unsuccessful. Queen Victoria was crowned Empress of India and India was considered to be part of the British Empire during this era.

Later, continuous campaigns, such as one lead by Muhatma Gandhi, effectively drove the British out of India in 1947. To better understand the motivation behind India's historical events, it is helpful to familiarize yourself with the culture of India. I hope this brief history of India helped to shed some light on how India got to where it is today!

Discover the culture of India.

If you like what you have read and want to build your own site, here's how.