Kerala is a large, coastal India state located on the southwest coast of India, better known as the Malabar coast. The state's area is a massive 15,005 miles and it shares borders with Tamil Nadu to its eastern and southern sides, Karnataka to its northern and northeastern sides and the vast Arabian Sea to its west. The state's name comes from the word Keralaputra, which was found inscribed in a rock by ancient Indians in 3rd century BC. People here shared the same language and culture with Tamil Nadu in the 1st century BC. The state’s capital Thiruvananthapuram, and the state’s primary language is Malayalam.

The Tamil-speaking Dravidian people created a dynasty called Chera that ruled the northern part of the state for centuries, while the Southern portion was ruled by a kingdom known as the Pandyan Kingdom. In the last centuries BC, the coast became very famous among Greeks and Roman traders for spices, like black pepper. The state traded with China, West Asia, Egypt, ancient Greece, the Roman Empire and other countries. Power changed hands amongst Indian tribes as centuries passed, and a lack of solid governance eventually lead to civil battles amongst the village tribes.

Wile tribes were busy in conflicts, the Portuguese took the opportunity to establish their own villages and dominate the region’s spice trade. They were defeated and replaced by the Dutch, who were defeated by Indians. The tribes continued to war amongst themselves and the French took control of the market, but were later defeated by and replaced the British, who ruled India for a time. This continued until the state acquired its independence from Britain. So, this state has had a lot of foreign influence!

When India declared its Independence from Britain in 1948, it took control over its spice market. On November 1, 1956, this state was formed by the States Reorganization Act; it combined several districts into this one state.

Ancient Hindu texts, known as the Matsya Purana, told the story that incarnations of the Hindu Gods Lord Vishnu, Matsya Avatar and King Manu all came from the state's Malaya Mountain range. Legend has it that a great king called Mahabali ruled from the region in a time of happiness and prosperity and that after he died, he ruled the netherworld in his next life. It's said he visited Kerala once a year for the Onam festival.

The state has a humid tropical climate because it's close to the equator. The state’s coast is 370 miles long and the width of the state is between 22 and 75 miles across depending where you stand. The eastern part of the state has tall mountains, deep gorges, a cool climate and more than 40 river births!

The central area has a moderate climate and sits on a tectonic plate, while the western coastal belt is relatively flat, and has many brackish canals, lakes and rivers, collectively referred to as backwaters. There are more than 100 days of rain and an average of 122 inches of rain per year here. Depending where you are, the temperature ranges from 66 degrees to 96. 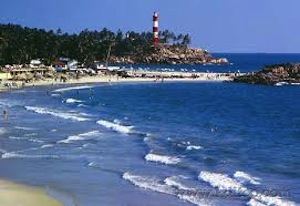 31.8 million people live in the state, but, Amazingly enough, that only equates to 3.5% of India’s total estimated population! Malayalam is the official language spoken here, but people also speak Konkani, Tamil, Tulu, Kannada, Hindi and many Tribal languages. Religions practiced here include Hinduism, Islam, Christianity and Jainism. Buddhism was in the past, but vanished from the state in 8th century AD.

The state has the highest literacy rate in India at 99 percent and free education is a priority for the state government. Some of the universities include Kannur University, Mahatma Gandhi University, University of Calicut, University of Kerala, Cochin University of Science and Technology and the Agricultural University.

Many people have migrated to the Persian Gulf countries in order to earn better wages and now the state relies greatly on those people sending money back home to their families.Kerala has been democratic since its 1948, but had restrictions that prevented capitalistic economic growth. These restrictions were removed, which allowed for better growth in the 1990s. The gross domestic product was nearly 31 billion dollars between 2004–2005 and it has grown each year since. The state’s economic growth rate is typically double the national average.

The culture of Kerala comes from the Tamil heritage, the southern Karnataka heritage and from centuries of interaction with foreign empires. Native performing arts very important here and include classical dance traditions of the state, Religious musical art forms, paintings and murals.

Kerala's classic music has strong drumming and percussion to it and is normally performed at religious festivals. The state is also known for murals and a famous local painter named Raja Ravi Varma. As with most of India, cricket and football are the most popular sports in the state, but volleyball and other sports are played here too.

Kerala is located on the green, tropical and beautiful Malabar Coast. It is one of the most popular India tourism destinations and popular world destinations; it is also a popular India honeymoon destination! The location used to only be a popular travel destination for hippies until the state launched tourism campaigns to introduce this amazing place to the world. The state's tourism provides for more than 13% of its economy. Tourists can visit the gorgeous Padmanabhapuram Palace and Mattancherry Palace while they are here and much, much more!

Leave Kerala to explore other states of India.

Check out these useful travel tips for visiting India!

Leave Kerala to explore India from our homepage.