Jammu and Kashmir is the name given to India’s most northern state. The state lies, for the most part, in the Himalayan mountains and shares a border with states of Himachal Pradesh and Punjab to its south, with the People’s Republic of China to the north and east and Pakistan’s Azad Kashmir and Gilgit-Baltistan to its west and northwest. This state is part of a region that is disputed over by India, Pakistan and China. Jammu and Kashmir is built from three primary regions: Jammu (the winter capital), the Kashmir Valley and Ladakh; its capital in the summer is called Srinagar. The state's population is roughly 10,143,700 persons in the Indian territories of Kashmir Valley, Jammu and Ladakh. Ladakh is recognized for its beauty and Buddhist culture, while the valley is known for its natural mountainous landscape. In addition to the Kashmir Valley, the geography of state contains the Tawi Valley, Chenab Valley, Poonch Valley, Sindh Valley and Lidder Valley. The Kashmir is the largest, spanning a width of 62 miles and taking an area of 5,992.4 square miles. The Himalayan Mountains divide Kashmir valley from Ladakh and a mountain range called Pir Panel creates a north-south barrier between Ladakh and the Great Plains of northern India. This area is about 6,070 ft above sea-level on average, but the Pir Panjal range has an average elevation of 16,000 ft. 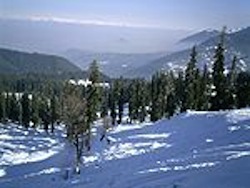 There are thorn forests in the northwest and subtropical pine tree forests in the southwest. At the state’s highest elevations, there is only rock and ice. The Jhelum River is the main Himalayan river that flows through Kashmir valley, but the Indus, Tawi, Ravi and Chenab Rivers flow through the rest of the state as well. Jammu and Kashmir is home to the Siachen Glacier, which rises roughly 18,875 feet above sea-level, making it the state's tallest. It's also 43 miles in length, making it the longest as well. The climate here differs in each topographic area but the state sees a high of 104 degrees Fahrenheit and about a low of 68 degrees Fahrenheit. The state’s southern region sees as high 25 inches of rain in some months and no rain in others.

Because the region is a disputed territory, it’s hard to obtain a straight-forward history of Jammu and Kashmir prior to 1925. So, in 1925, a man named Hari Singh took the throne of Kashmir and ruled through India’s gain of its independence from Britain in 1947. Up until this time, India and Pakistan both had claims over this region and the Partition of India, imposed by Britain, stated the ruler of this state had the right to opt to become part of Pakistan or India or remain independent. Kashmir's population was 77% Muslim and shared a boundary with both Dominion of Pakistan and the Dominion of India in 1947. On 20 October 1947, Pakistani backed tribesmen invaded Kashmir and Singh fought as best he could, but needed help.

The Governor of India’s, General Louis Mountbatten, army agreed to help the Singh on condition that the Kashmir territory accede to become a part of India. India’s army had difficulty in removing all invaders from the state and sought help from the United Nations, who after careful consideration, decided the region should accede to become part of India. The Pakistani versus Indian demographics keep changing in the region because of disputes over the region, making for difficult relations between India. There have been three wars in Kashmir: the Indo-Pakistani War of 1965 and the Kargil War in 1999. Essentially, India controls 60% of the original Jammu and Kashmir region; Pakistan controls 30% of the region, known as Gilgit-Baltistan and Azad Kashmir and China occupies 10% of the state, known as Aksai Chin.

Jammu and Kashmir is the only Indian state under special autonomy per Article 370 of the Constitution of India. Article 370 states no law enacted by the Parliament of India, other than defense, communication and foreign policy law, will extend in Jammu and Kashmir unless ratified by the state's legislature. It's also the only state with its own flag and constitution and Indians from other states can't purchase land or property here. The Flag of Jammu and Kashmir displays a plough on a red background symbolizing labor and three stripes to represent the three distinct administrative divisions of the state, namely Jammu, the Valley of Kashmir, and Ladakh. 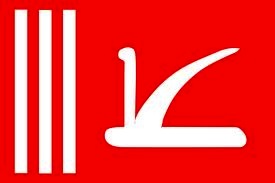 The state’s economy is based mostly behind agriculture and agriculture related activities. The state produces, sells and uses a lot of apples, barley, cherries, corn, millet, oranges, rice, peaches, pears, vegetables, and wheat and it manufactures rugs, shawls and other hand-made crafts. The Kashmir Valley has many cold water fisheries and produces the famous Kashmir Wool. Kashmiri saffron is exchanged on the foreign market too. An area called the Doda district produces sapphire stones. The state receives more than eight-hundred million dollars per year from India’s capital, New Dehli.

The area of Ladakh is known for its Indo-Tibetan culture, where Sanskrit and Tibetan chants make up a part of the Buddhist worship here. Annual festivals of dance take place here where skills in weaving and archery are celebrated. Food in the region has a lot in common with food in Tibet, where people eat noodles, and other recipes incorporating barley flour. Shikaras, which are traditional wooden boats and house boats are popular here.

Kashmir produces fine arts, such as poetry and various hand-made crafts. Kawa, a traditional green tea with spices and almond, is popular here too. Jammu's Dogra culture and tradition is much like Punjab and Himachal Pradesh’s traditional festivals. Accession Day, the anniversary of the day Jammu and Kashmir became an Indian state, is celebrated here.

Up until 1989, tourism was big here, but then insurgency problems and accompanying violence broke out in territorial disputes between India, Pakistan and China. For about twenty years, Kashmir lost a lot of tourism, while the holy shrines of Jammu and the Buddhist monasteries of Ladakh remained popular tourism destinations. Tourism in Kashmir Valley grew in 2009 and continued to where Kashmir Valley is one of the top tourism destinations in India today. Gulmarg, a top ski resort, has the world's highest green golf course!

Leave Jammu and Kashmir to visit the other states of India.