Uttarakhand, India is an Indian state located in the northeastern region of India. Its name means North County or North Section in the ancient language of Sanskrit. It shares borders with Tibet and Nepal to its east, Chandigarh to its west,Himachal Pradesh to its north, Haryana and New Dehli to its southwest and Uttar Pradesh to its southern side.

A census completed in 2011 found Uttarakhand had a population of 10,116,752; for India, this is quite small. The native tribes here are known as the Kumaoni and Garhwali and they come from the state’s Garhwal and Kumaon regions. Many refer to this state as “God’s Land” because it houses Hinduism's four most sacred temples, known as the Char-dhams.

The Char-dhams are located in the mountains here and are actually a collection of the four temples named the Badrinath, Kedarnath, Gangotri and Yamunotri temples. The state’s capital is Dehradun; it’s known as one of the most beautiful places in India. It lies on the watershed of the Ganga and Yumana Rivers and boasts plush greenery.

Uttarakhand is rich in valuable natural mineral deposits like limestone, marble, rock phosphate, dolomite, magnesite, copper, gypsum and more. Jobs related to these resources generate employment for thousands. Many people also find work in the handicraft industry, making goods and services that are sold to locals and to tourists alike.

The region was first inhabited by an ancient tribe called the Kols. They were aboriginal people of Austro-Asiatic origin, who were later joined by Indo-Aryans from northwest during the Vedic Age. Religious Hindu legend has it that a sage by the name of Vyasa wrote the Mahabharata, one of India’s two Sanskrit Epics, in this state. 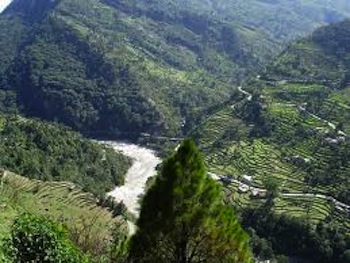 In the second century BC, the Garhwal and Kumaon practiced an early form of Shaivism, a branch of Hinduism and early people of this region traded with Tibet. In fact, Buddhism was introduced here before it made its way to Tibet. Various tribes took control of the region during ancient India history.

During India's medieval period, the western part of the state was controlled by the Garhwal Kingdom and the eastern by the Kumaon Kingdom. From the 13th–18th century, Kumaon prospered under the Chand Rajas (Kings). Education and new forms of painting developed until a new power called the Gurkhas took over.

The east was unified under a ruler named Parmar, until it too fell under the control the Gurkhas. However, the Anglo-Nepalese War, which concluded in 1816, led to the Garhwal Kingdom being reestablished and to eastern British Garhwal and Kumaon becoming a part of the British Territories of India in the Treaty of Sugauli.

Uttarakhand has emerged as a major manufacturing hub, a tourism hub, and has made infrastructure investments. The state is currently making efforts to grow its economy by improving its agriculture and public services sector. The local Government has written policy to encourage further outside investments into a number of sectors of the local economy.

The state’s top tourism destinations are the Corbett National Park and Tiger Reserve, and the Char-Dam Hindu Temples. In addition, there are many nearby hill stations to visit in Nainital, Mussoorie, Almora, Kausani, Bhimtal and Ranikhet. This state is a must see for Hindus and is convenient to visit due to its regional proximity to the Taj Mahal in Uttar Pradesh.

Leave Uttarakhand to visit the other Indian states.