Haryana, India is a state located in the central-northern region of the country. It shares borders with Punjab and Himachal Pradesh to its north, and Rajasthan to its west and south. The Yumana River separates its eastern border from the states of Uttarakhand and Uttar Pradesh. It surrounds Dehli, India on its northern, western and southern sides. The capital of the state is Chandigarh, which is actually considered a Union Territory of India and is the capital of the state of Punjab.

Its name means "abode of god" in the Sanskrit language. It is believed that the name refers to the Hindu god Lord Vishnu, but it may refer to the plush landscape of the land, which is vegetation rich.

The state's population is about 25,353,000 and it was founded on November 1, 1996. Haryanavi, Punjabi and English are the primary languages spoken in this state. The state is very important in India's ancient history and its ancient culture because this region is where Harappa and the other Indus Valley and Vedic civilizations emerged. These Indian cultures truly shaped much of India today. 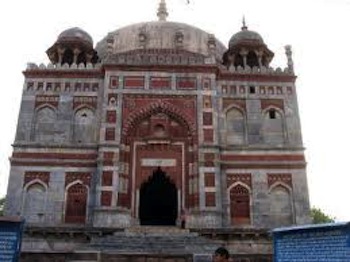 The state was incorporated as a part of the Punjab region before it separated into India's 17th state in 1966. Legendary fights of Indian history that took place here were the battle of Mahabharata, where Lord Krishna is said to have recited the famous Bhagavad Gita, and the three battles of Panipat. The state also played a major role in India's desire to be agriculturally self-sufficient, which was accomplished through mass production of food.

It's also one of India's wealthiest states and sports the country's third largest per capita income. The state is India's third largest manufacturer of cars, two-wheelers and tractors. The city of Gurgon has become a very successful IT hub and it is home to Maruti Udyog Limited. India's largest automobile manufacturer, as well as Hero Honda are located here too. The city of Panipat is hoe to South India's second largest oil refinery as well.

Classic Indian folk music is very popular here and so are meditation and yoga. This is in part because this region was part of the classic Vedic civilizations of ancient India. This state is also known to produce star athletes. In the 2010 Delhi Commonwealth Games, 22 out of 38 Gold Medals were awarded to athletes from Haryana.

The state was fourth in the nation in the 33rd National games held in Assam in 2007. The state leads the country in men's volleyball and women's hockey. Nahar Singh Stadium for international cricket was built in Faridabad here. The stadium holds around 25,000 people! So, sports are a big thing here!

Leave Haryana to visit other states and union territories of India.

Here is some useful travel advice for India-bound travelers.

Continue exploring India from our homepage.