Lakshadweep, a Union Territory of India

Lakshadweep is a group of islands located off of India’s southwestern coast in the Laccadive Sea. This group of islands has also been referred to as the Laccadive, Minicoy and Amindivi Islands, and the Laccadive Islands. The union territory's name comes from the Malayalam meaning of the word, "one hundred thousand islands". This is India’s smallest union territory wherein its combined surface area is only total 11 square miles and its total population was only about 64,429 as of the 2011 census.

The region is considered one district that has ten Sub divided areas. The Kavaratti district is the territory’s capital and the region falls under the governmental jurisdiction of Kerala’s High Court. The islands are a geographic marvel because they mark the northernmost portion of the Lakshadweep-Maldives-Chagos group of islands, which are caps of an underwater mountain range known as the Chagos-Laccadive Ridge.

The territory has no known indigenous groups, but some archaeologists believe humans settled here around 1500 BC, during India’s ancient history. The islands have been referenced by sailors since the first century AD and by the Buddhist Jakata since sixth century BC.

Muslim missionaries first arrived here in the seventh century and introduced Islam to the islands. During India’s medieval period, the region was ruled by people known as the cholas and by the Cannanore Kingdom. Later, the Portuguese ruled the region; they arrived around 1498 and had been forced out by 1545. 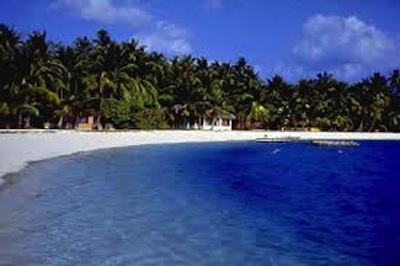 Today, only about ten of the islands are inhabited and the majority of the indigenous population here is Muslim. The islanders are most ethnically similar to the Malayali people that live in the nearby Indian state of Kerala. Most of the population speaks in Malayalam tongues.

The islands have an airport for travel on the island of Agatti. Most people work in the fishing industry, and coconut farming is popular here too. Tuna fish is the island’s number one export to boost its small economy.

When India gained its independence from the British, people living in the islands of the territory heard of the partition and Independence of India. The islands automatically transferred to the new Union of India. This was good for India; the islands could have just as easily become part of Pakistan’s territory considering their Muslim majority.

A Royal Indian Navy ship was sent to here to hoist the Indian national flag and to make sure it became part of India. In 1956, during the reorganization of the Indian States, the union territory's islands were organized into a separate union territory for administrative purposes and a Navy base was set up on Kavaratti island to watch over and protect India’s trade with the Middle East.

Lakshadweep is governed by an administrator appointed by the President of India under article 239 of the constitution. The District Magistrate is assisted by one Additional District Magistrate and Ten Executive Magistrates with respect to enforcement of law and order. Administrator in his capacity as Inspector General of Lakshadweep Police has command and control of the Lakshadweep Police. The Administration’s Secretary is in Kavaratti. The union territory comes under the jurisdiction of the Kerala High Court. This territory elects just one member to the Lower House of the people. 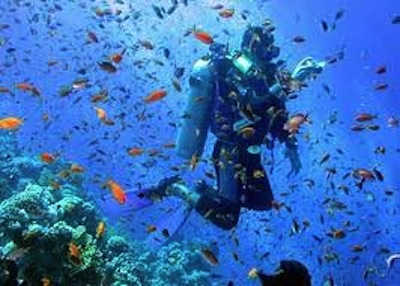 Most people of Lakshadweep are descendants of migrants from the Malabar Coast of southwest India.

Lakshadweep's gross state domestic product is roughly 65 million and there is economic equality for the most part. Fiber is a strong contributor to the economy here. Coconut and coir fibers are two of the top producers for the union territory. There are private and public sector fiber factories, production and demonstration facilities and curling units that produce coir fibre, coir yarn, curled fibre and corridor mattings.

Due to its remoteness and beautiful scenery appeal, this union territory has been a popular tourist attraction to the people of India since 1974. In fact, tourism brings brings in significant revenue. Bangaram is a major destination for international tourism and their are plenty of exciting activities such as scuba diving, diving, surfing, wind surfing, snorkeling, kayaking, canoeing and water skiing here! People also enjoy day and night voyages into the sea. If visiting this area of India, avoid the monsoon season of July through September.

Leave Lakshadweep to visit other Indian states and union territories.

Discover more of India from our Homepage!