India culture today was influenced by the ancient culture of India, but something new is happening that is stirring up differences in Indian society. While India's traditions and core values are pretty much the same as ever, some aspects of the culture have changed drastically. For one thing, younger generations have become more independent and have accepted new ideas from western cultures. For example, sexual expression and display of affection have been kept behind closed doors for the most part in India many past generations, while these things have been culturally accepted in the U.S., and other western countries for a long time now.

The older Indian generations still consider it taboo for a man and woman to hold each others hands in public, while younger couples have their own ideas of what is acceptable in India culture today. Essentially, the older generations are beginning to realize that India's youths are a new and different generation and that they must accept these differences rather than disown their kids.

Another visible change in India culture today can be found in Indian films. Mumbai is like India's Los Angeles, California or New York City. It's the headquarters for production of many of the famous Indian Bollywood Movies. These fantastic films are an expression of Indian art and are filled with great music, amazing dancing, and Indian celebrities.

In the past, Bollywood films were pretty conservative in regards to the amount of skin they would reveal and the body language that dance scenes displayed. However, in the last decades, the dancing in Bollywood Films has become much more provocative and the clothing has become much racier than in films of the past. The outfits often look like something you might see on the U.S. show Dancing with the Stars.

Another change to the traditional culture in India involves arranged marriages. Traditionally, parents found a marriage partner for their son or daughter and would arrange a marriage marriage between the two. 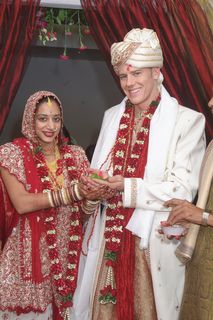 In some cases, a man and a woman were promised to one another in their teens and had no say in the decision. Many times, the bride and groom-to-be never actually met until their wedding day!

Arranged marriages were popular for hundreds of years. This was in part because pressure from family members was so strong, but mostly because this type of marriage was deeply ingrained in the culture in India. Another factor was that divorce was considered so taboo in India. Many couples stayed together even when unhappy.

Flash forward to today, perceived independence brought change. While arranged marriages still exist, they have mutated. India culture today allows young men and women have more freedom of choice. Now many youths pick who they will marry, and most certainly have a chance to meet their future life partner.

When Indian families attempt to arrange marriages today, things are done differently. Nowadays, parents of the young man or woman will allow their kids to meet potential mates in advance. If there is not a reciprocal liking between the two, they may decline and meet other candidates.

These meetings are like auditions, or speed-dates. The difference being that your family is there with you. Can you say awkward? Well, it's better to be uncomfortable for a potentially chemistry-free meeting, than be stuck in a prearranged marriage that may lack chemistry and make a person miserable.

It's also become common for Indians to meet someone while they study abroad and then to marry that persons out of love. Children are encouraged to marry Indian, but sometimes they don't. I'm Caucasian and my wife is Indian. Indians refer to a marriage like ours as a love marriage, because we made the choice to get married based on love, rather than what may have been more traditionally accepted in the culture in India.

Another factor for changes to Indian culture today is the influence of western culture. Many young men and women are sent to the United States, or other countries, to study and to acquire jobs. While away from India, they experience new rights of passage, independence and accept new cultural ideas.

Plus, the internet has allowed people from different countries and cultural backgrounds to connect with one another, and to keep up on global events. It's nearly impossible for anyone to be kept in the dark about other cultures or what's going on in the world, given current technologies.

Bottom line is that India culture today is different from what it used to be, but India's core traditions and cultural values mostly remain in tact. Most important, the Indian culture today is still rich, beautiful and accepting of other cultural beliefs.