Chandigarh: a Union Territory of India

Chandigarh is an India union territory located between Haryana and Punjab, India. In fact, it serves as the capital of these two Indian states. It’s name means the fort of Chandi, referring to the Hindu Goddess Chandi. Some people call this territory the city beautiful, in reference to numerous exotic floral gardens that can be found all over the area. In 2011, the population of the city was calculated at 960,787.

This was the first city in India that was planned after India gained its independence from British rule in 1947. The city as some of India’s most beautiful and modern architecture and it boasts India’s highest per capita income. This city is a hub for biology research and has been voted India’s cleanest city by the Indian government in 2010.

This union territory’s history began in 1947 when there was a partition of the region between India and Pakistan. The state of Punjab’s capital became part of Pakistan and so a new capital was needed. In order to protect and establish India’s power over its new segment of the region, it made this city a priority. The city’s architectural designers were a Polish man named Matthew Nowicki and a French man named Le Corbusier; its original planner was a North American man named Albert Mayer.

Because the area of modern day Haryana was filled with a Hindi speaking majority, it was made into a state from Punjab on November 1, 1966. This union territory was located on the border of Haryana and Punjab, so it was designated the capital of both states and a union territory. It’s located near the foothills of the Shivalik range of the Himalayas and covers about 44.5 square miles of land. 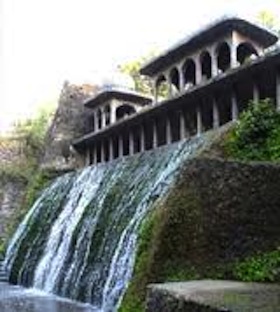 The city's climate is subtropical and very humid with hot summers, mild winters and unpredictable annual rainfall. Most of the union territory is covered in forests that cover a variety of plant and animal species such as deer, sambars, parrots, woodpeckers and peacocks. The city is a great city to visit for its architecture alone, but also has the Chandigarh Museum and Art Gallery, which contains modern and traditional art as well as architecture.

The state is controlled by the Administrator, who is appointed under the provisions of Article 239 of the Constitution of India to rule through the Ministry of Home Affairs.

The government employs a lot of people in Chandigarh. Many people here either work in government service or are retired from government service. The important industries of the city are paper manufacturing, basic metals and alloys, machinery, food production, sanitary ware, auto parts, machine tools, pharmaceuticals and electrical appliances. With a per capita income of 99,262 Rupees, Chandigarh is the richest city in India. 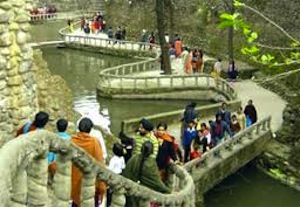 Leave Chandigarh, India to visit other states and union territories in India.