India business culture is different from that of the United States and other western cultures that share similar business practices. Many things can can play a role in a business transaction in India; language is one. Different states in India have different official languages. Hindi is recognized as the national language of India, but most international business deals are spoken in English.

The religion of persons involved in a business deal can also influence the business practices and the manner in which a deal is conducted as well. In addition, a person's caste status or occupation may command a high level of respect to be paid to them during business dealings.

Truly, culture has played a major role in shaping India business culture. A way to break this down further would be to say that your behavior, respectful etiquette, approach and the manner that a person is addressed should all be catered to match the person you are dealing with in any business scenario.

In other words, Indians are not in a rush to finalize business deals; they prefer to make sure all details are in order. They would think it was strange for a person to want to do so, because they feel that these details are the heart and soul of business. Indians are not alone, some European countries approach business in a similar way, Italy is one. 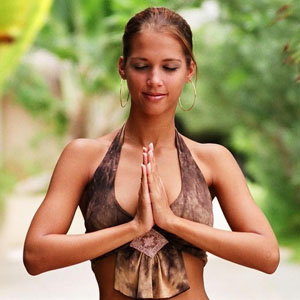 American business culture is centered around the idea that time is money, and that quick, practical problem solving and deal finalization are most important. We also believe that success in these aspects of a transaction are the best way to gauge future success.

Many western companies find that they are able to save money by hiring firms in India to take on some operations of their business for a lower cost than what would be paid in the United States. For example, call centers are a very popular business operation to Outsource to India because many Indians are trained to speak English, and a fair wage in India is lower than a fair wage in the United States.

When Indian people do business, they generally use namaste to greet their business partners. Try it out for yourself! Place your palms together at chest level and slightly bow your head. Very good; it i easy to do and shows a high level of respect. Now, try it in front of a mirror later, so you can see what the approach looks like.

When Indians do business with international partners, they shake hands, but if you want to impress an Indian business man or woman, you can greet them with namaste instead. This will show them that you know something about India business culture. Very cool!

If you do business in India, remember that a persons importance can be traced to what family line they belong to, and you should find out ahead of time how to address each person appropriately.

The number of persons involved in a business transaction can also influence the business practices and manner in which a deal is conducted. In addition, a person's caste status or occupation may command a higher level of respect to be paid to he or she during business dealings. Caste status originated in ancient India culture.

Discover more of India from our homepage!