The population of Daman and Diu is approximately 243,000. Because this spot was controlled by the Portuguese for so long, there is a lot of European influence found here in the architecture and the religion of Christianity has a substantial following here as well.

Daman is about 120 miles away from Mumbai (Bombay), India. It is bordered by Gujarat to its east, the Arabian Sea to its west, by the Kolak River to its north and the Kalai River to its south. Diu is actually an island that is connected to Daman by means of two bridges. 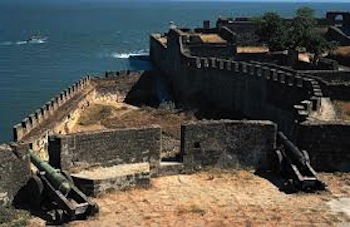 The territory produces some crops including paddy, ragi, bajra, groundnuts, pulses, jowar, sugarcane, beans, bananas, sapotas, mango, chickoo and coconut, which help with its economy. There are approximately 2,930 business operating in the region, ranging from to large operations and all villages within the territory receive electricity. There is no train service between Daman and Diu, but people can drive or fly from one to the other; yes, there is an airport on the mainland and on the island. Flights from Mumbai to Diu are very popular.

Popular tourist spots in the Diu region are, St. Paul's Church; Diu Fort and Panikota Fort; Nagoa and Chakratirth and the Children's park at Ghoghla and the Summer House. If you plan to travel anywhere in India, make sure you check out our useful travel tips before booking your trip!

Leave Daman and Diu to discover the other states and union territories of India.

Explore more information about India from our homepage.