Judaism is a Non-Dharmic Indian Religion

Judaism is not the most widely followed Religion practiced in India, but it is followed. Fewer than 1% of India's population follow the Jewish religion. Interestingly, it was one of the first non-dharmic religions to be practiced in India. This is because, prior to the arrival of the Jewish religion, nearly all religions practiced in India followed the Dharmic belief. The Dharmic belief is the belief that adherence to a moral and philosophical law of living directly determines how quickly a person could reach the ultimate goal of personal liberation from their soul. In other words, people who believe in Dharma believe in Karma, and that the way they behave in this life directly affects their future status in their next life. Hinduism is an example of a dharmic religion; whereas, Judaism is not one.

The first Jews arrived in India roughly 2,500 years ago. It's tough to nail down an actual date of arrival because distinct Jewish communities came to India at different times. Out of India's entire Jewish population, roughly 50% live in the states of Manipur and Mizoram, and about 25% live in the city of Mumbai.

The Indian Culture has allowed people following different Indian religions to coexist in harmony. So, Jews in India have not had to face persecution from Hindus or followers of other religions. The Jews of southern coastal India did face some persecution from the Portuguese that ruled the southern state of GOA for some time. 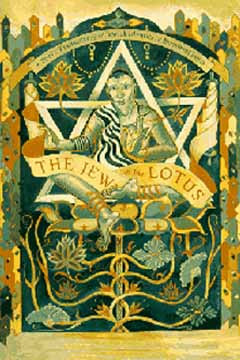 The first Jews that came to India settled in Kodungallur on the Malabar Coastline and established a friendly relationship with the Indian people through trade. The Jews of India have had important roles under Hindu princes before and following British rule in India. Many Jews have held very high positions in the Indian Military, government, and in the industry of India.

Leave Judaism to discover the other religions practiced in India.